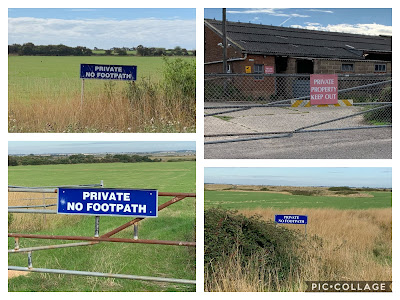 By this time of year were are normally well into our September cruise. Adding up our mileage this year I think it's probably still well under 70. One trip up to Pin Mill and back, one to Ipswich and back, and two into the Walton Backwaters. That's it. The new main is still so stiff we struggle to get the mast end hooked down to put a reef in. Sam and I have probably spent 10 nights on board. Ho hum.Yesterday marked a milestone though – the first time we have spent a night on board away from Suffolk Yacht Harbour. Bob and Elaine came with us on an HPYC cruise to Titchmarsh, in the Walton Backwaters. As you can see from the photo above, the only place to run is down the access road and they definitely don't want you leaving it! We had a nice chat with a number of HPYC members though and a good BBQ on board. We did sail as far as Pye End on the way out, but motored all  the way back in winds that went from 0kt to 12kt and back again within a minute or two.If we do any more sa…
Post a comment
Read more 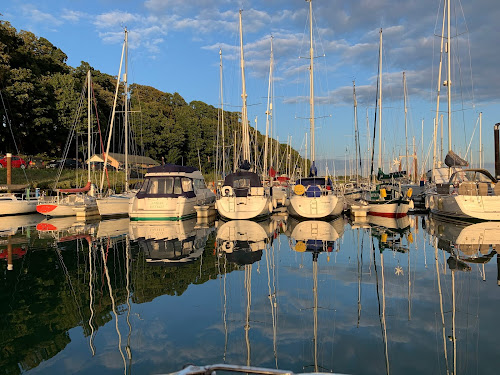 I notice that other boating bloggers are starting to post updates and it seems a bit sad to leave our Christmas update in place when we are already more than halfway through the year!
Kalessin was finally launched in the first week of June at a time when we could visit her for day trips but not stay overnight. However SeaPower marine, having promised to de-winterise the engine, were then a bit relaxed in actually getting the work done.... while I was very unrelaxed about running the engine when I didn't know what needed doing. They finally completed the service on June 25.
Meanwhile Matt Riches had been ploughing through a list of electrical updates. The troublesome depth gauge has been replaced by a very expensive dual depth/log from Raymarine. It's nothing like as clear as the old Navman instrument but hopefully will last longer. We installed the Navman instruments in 2005/6 but the header units for both log and depth were each replaced at least once because of problems with t…
Post a comment
Read more 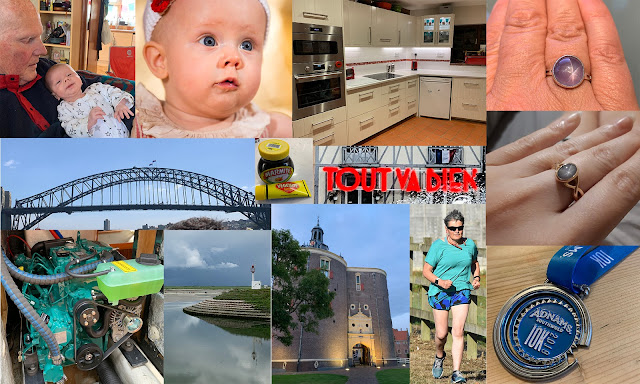 It's been a busy and rather exciting year, with a few sad moments. Apologies if this is a longer post than usual but there's lots to report!

One of the biggest thrills has been seeing the first year of life of our granddaughter Ivy, born on December 20 2018. She's crawling, starting to make noises that could soon be words, and is just dying to stand and walk. She is without doubt the most beautiful baby in Britain, and probably the world, as you can see.

Ivy is the first member of the next generation of Herrmanns, so has also been the first great-grandchild for my mother Patricia, now 92 and still doing very well, and the first niece, great-niece or first cousin once removed for other members of the family.

Guy finally resigned as the Orfordness boatman at the end of the 2019 season after crossing the River Ore at least a million times, and is now working for Harbour Marine, the boatyard at Southwold. Kai went back to work at Framlingham Castle late in 2019. We are incred…
Post a comment
Read more 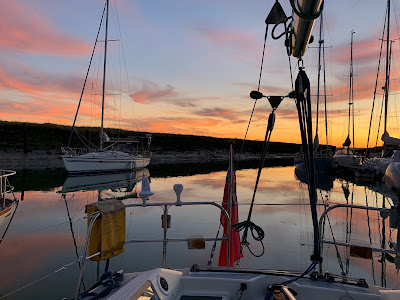 Often when you're planing a passage home you keep an eye on the longer-term forecast for the days you hope to travel and watch in despair as the forecast changes from (say) NE3 with sunshine and flat seas to SW6-7 with rain, rough seas and poor visibility. Not this time. From the moment when it first appeared on the GFS 10-day forecast until the time that it happened, the wind was forecast to go N during Friday, drop in the afternoon and go a bit NE overnight, with seas moderating from just over a metre at midday Friday to about 0.3m by Saturday afternoon.


Thursday was a bit of a push to windward across the Markermeer. If we'd had more time or less far to go we could have sailed more. The wind was SW3-ish, just where we were going. We could have sailed almost to Lelystad, tacked and gone into the Ij, but instead it was on with Mr Volvo and Mr Tillerpilot once again with the crew generally dozing. We got back to Amsterdam Marina in the middle of the afternoon, and this time mo…
Post a comment
Read more 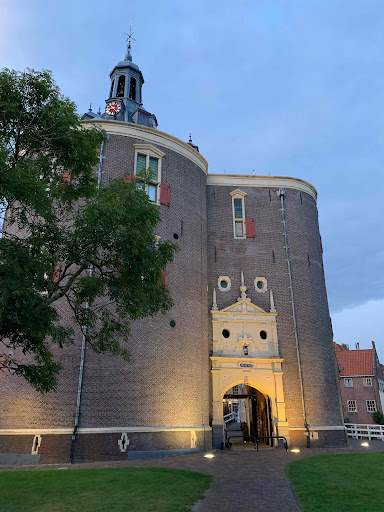 Sam and I were last in Enkhuizen in 2011, when we left the boat in the Buyshaven for a few weeks while Ben did his A-levels. Before that we were here with Ben in 2009 when we visited the Zuider Zee museum. We thought it was time for another visit to the museum especially as it is completely new to Anne, so opted to moor in the Compagnieshaven which is a vast marina next to the museum.
We had a very gentle passage from Hoorn with Anne helming for the first time as we sailed very slowly and then motored a bit faster. Coming into the marina was a bit confusing as there is a sign for a welcome pontoon, but once tied to it we could see it said “Welcome pontoon in 400m”. Fortunately as we arrived at the actual welcome pontoon we were met by someone who helpfully directed us to berth F1 which has an alongside jetty. We got in neatly, tied up and then realised we were in F27, ie the other side of the jetty from where we should have been. Oh well, third time lucky.
Fortunately I asked the ha…
Post a comment
Read more 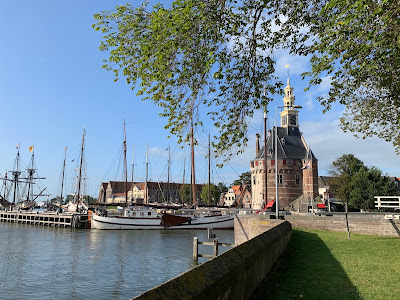 Our original plan for this trip was to pootle gently around the IJsselmeer. Plan B was to take the standing mast route south through Haarlem and make a shorter North Sea crossing from the Roompot or Breskens. During the windy few days we were in Amsterdam I changed my mind on which was better several times a day. But by Saturday the weather was looking better, and the long-term forecast for the following weekend was giving northerlies, in which case a crossing from further north would be better.
So it looked like Plan A at last, and with all the delightful ports of the Markermeer and IJsselmeer to choose from, we decided on Hoorn, HQ of the Dutch East Indies Company in the Golden Age, which we had visited briefly in 2009. We picked our way through rain showers and out through the Oranjesluisen, sailing briefly before turning into the wind as we headed to Hoorn. We forgot to look out for enormous mats of floating weed, which are a menace in this part of the Markermeer, but didn’t encou…
Post a comment
Read more
More posts 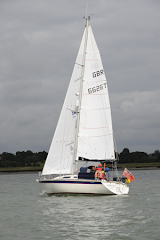